Childhood obesity is believed to affect approximately thirteen percent of children from six to eleven years of age and fourteen percent of adolescent children age twelve to nineteen years of age. These numbers continue to climb annually, putting these groups of children at risk for type 2 Diabetes, heart disease and even hypertension. Another risk that we fail to remember when considering the comorbid effects of childhood obesity is Sleep Apnea. According to statistics collected by the Surgeon General, Sleep Apnea is another risk of childhood obesity. Sleep Apnea can be serious and even life-threatening if not managed properly.

What is Sleep Apnea?

Characterized by short, involuntary pauses during sleep, Sleep Apnea can happen several times per night. Children who suffer from Sleep Apnea find it hard to get a good night’s rest as with each pause in breathing, the average sufferer will abruptly awake, often gasping for breath.

Without restorative sleep, children with Sleep Apnea are tired and often feel the need to sleep all through the following day. Attention spans shorten and children become more sedimentary. This often leads to a decrease in grades, sports and other activities. While overweight children are at high risk for Sleep Apnea, thin children are not completely safe from this condition.

Often times, the symptoms of Sleep Apnea are overlooked or explained away as children are labeled as attention deficit or hyperactive. Some common daytime symptoms to watch for in children include: hyperactivity, inattention, behavior problems and sleepiness.

Children with night time symptoms of can exhibit the following Sleep Apnea issues: snoring, restless sleep, breathing with only the mouth, pauses in breathing during sleep, and difficulty waking up in the mornings, even after a full night’s rest.

Childhood obesity is not the only cause of Sleep Apnea in children. Common causes can include enlarged tonsils or adenoids and some dental conditions such as a serious overbite while less common causes include tumors or growths obstructions in the airway. Down and Pierre-Robin Syndromes may also cause Sleep Apnea symptoms because of enlargements affecting the jaw and tongue.

Whether child or adult, obstructive Sleep Apnea may cause a bevy of serious and even life threatening complications. Some of these complications include cardiovascular disease and accidents as well as premature death.

It is vitally important for parents of obese children to watch for signs and symptoms of Sleep Apnea – especially labored snoring or pauses in breathing. If any of these warning signs are present, make an appointment with your child’s pediatrician to discuss the possible causes and ask for the appropriate medical examinations.

While it is doubtful that your child will need to undergo weight reduction surgery, this is a growing possibility that may be considered. Your pediatrician will help with weighing the options and making an educated decision that is best for the health of your child. One great benefit is that in many cases after weight reduction surgery in children, doctors have found that the body is able to slowly heal itself from several results of obesity.

Lastly, when dealing with obese children, it is important to be attentive to the possible onset of health issues such as Sleep Apnea without singling children out. Always be supportive and use tact as children know when they are obese and need both love and support.

Childhood obesity and adolescent obesity is linked with many serious health issues in adulthood.  Unfortunately, there is little evidence that preventive measures such as lifestyle interventions and pharmacological treatments are effective.  There are several surgical procedures for children and adolescents but the long term effects remain uncertain.

Researchers from University College of Gjovik and the University of Oslo, Norway in a paper “Bariatric surgery for obese children and adolescents:  A review of the moral challenges” concluded that surgery on children’s healthy organs to discipline their eating behavior in order to help them to be socially acceptable or to compensate for poor parenting is ill advised.  There needs to be more evidence on outcomes and risk factors.  There also needs to be a valid consent or assent.

In making a decision on bariatric surgery for children and adolescents, parents need to look at the moral implications with regard to values, viewpoints and arguments before they make the decision to go forward. 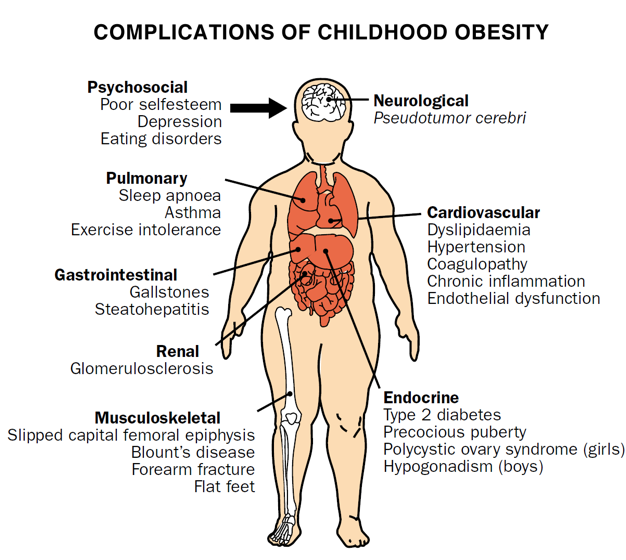 Long Term Outcomes and Benefits of Bariatric Surgery for Children

There is little evidence on the benefits of bariatric surgery on youngsters.  The overwhelming research has been on adults and those results don’t necessarily generalize to a children and adolescents.  If, after 100 – 150 procedures there are few complications then it might be permissible to perform this procedure, but only in specialized, high volume centers where the doctors have plenty of experience.

Much consideration needs to be given to how this procedure might affect psychological and social development.  Few studies address these issues.  The other moral consideration is informed consent.  Should a parent make the decision for a child, or is a child or adolescent mature enough to have a say?  Surgery should not replace self discipline.

Studies show that one third of obese adults were sexually abused as children.  So as part of the assessment process for children and adolescents, this should be addressed.

Preconceptions on Bariatric Surgery for Youth

Overweight children and adolescents are often the target of discrimination and prejudice.  And medical practitioners are known to also discriminate against the obese, by assuming they are ill prepared to take care of themselves.  So, few referrals are made for surgery among this population.  But should this social problem be addressed with surgery anyway?

Bariatric surgery poses particular questions for minors because it uses medical interventions to alter everyday behavior when there are other solutions available such as dieting, exercising, and cognitive behavioral therapy that pose no risk to healthy organs in the body.  Also this surgery does not address the many unknown causes of obesity.

In conclusion these researchers posed the following questions that need to be addressed when making a decision such as bariatric surgery for a child or adolescent:

And the most important question would be how to generate more high quality evidence in a morally acceptable manner.

I would love to know your option on this topic of Childhood Obesity and Bariatric Surgery. Please Comment!