13 year old Texan, Alexis Shapiro, was a normal little girl prior to age 9, when a non-cancerous brain tumor had to be removed near her hypothalamus and pituitary gland. Although it was well-known that weight gain would be a likely side effect of the surgery, it seemed that Alexis just got the worst of it. 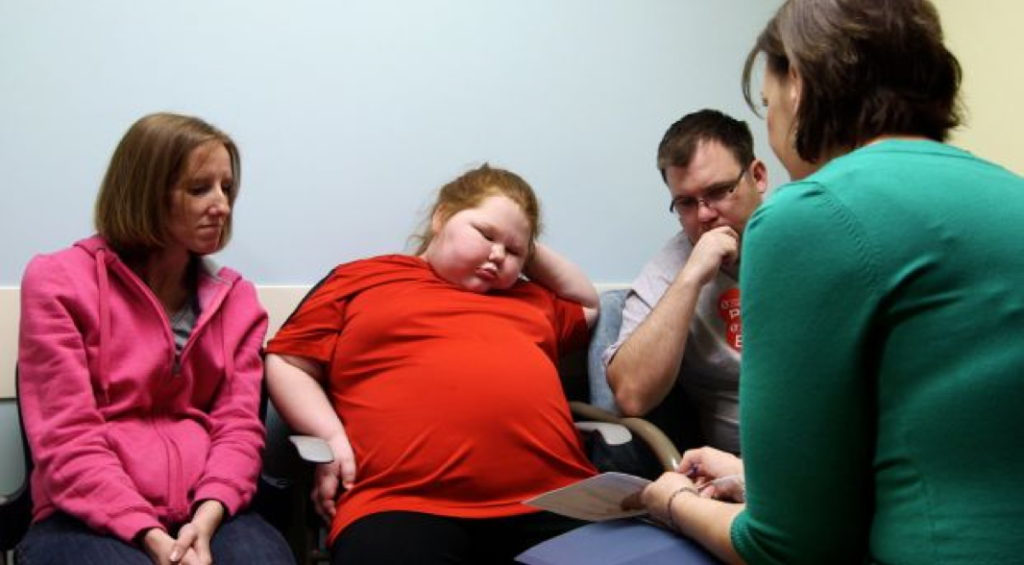 Where Her Story Started

On average, the little girl was gaining about 2 pounds a week. Over the next 2 years, Alexis went from 52 pounds to approximately 203 pounds. In addition to the fact that her 4 foot 7 frame was not built to carry so much weight, she was continually hungry, which only made things worse.

That was when the Shapiro family was introduced to Dr. Thomas Inge, from the Cincinnati Children’s Hospital, who was willing to provide Alexis with a gastric bypass or gastric sleeve. However, the Shapiro’s insurance was not willing to cover the cost of the procedure due to the fact that Alexis was only 12.

In order to cover the cost of the surgery, the family began a crowdfunding campaign. Thanks to the news and media attention, they raised approximately $70,000. In addition to this, the family’s insurance company also decided to reverse their decision on the Shapiro case. So, the funds raised have been put towards paying the family’s travel expenses between their home in Texas and the Cincinnati hospital.

While it was initially hoped that Alexis would receive a gastric bypass, it was ruled unsafe due to the fact that her liver was so enlarged. In March of 2014, Alexis Shapiro received a sleeve gastrectomy. Her stomach is now one quarter of its original size.

Where Her Journey Begins

Since having the weight loss surgery, Alexis must now eat 60 grams of protein per day, in addition to only eating small amounts of food in any one sitting. While it is a major adjustment, Alexis is already used to it by now.

Since having the surgery, Alexis has had a huge improvement in her energy levels and has lost about 60 ponds (however, she has gained about 10 back). With more than 13,000 likes on their Facebook page, Jenny Shapiro states that her daughter has felt supported by sharing her journey with the public.

Where Is She Now?

Today, Alexis Shapiro has been participating in her first ever 3K and 5K races. Although Alexis walks in the races, the fact that she can now cover 3.1 miles on foot shows her improvement.

Even though no one in her family had ever taken part in a road race before, whenever Alexis expressed interest in running one, they immediately found the Carnival of Venice 5K in San Antonio, Texas. On top of that, they also joined her in participating in the race.

Jenny Shapiro told Runner’s World Newswire, ““She was proud of herself, I was proud of her. We were just all surprised and amazed.” According to her mother, Alexis is definitely planning on continuing to participate in the road races.