In the light of recent studies, it appears that obesity is not really curable by eating less. The researchers behind The Lancet Diabetes and Endocrinology argue that, for the most part, obesity proves itself as a disease that is chronic, having biological reasons which cannot be eliminated by exercise or diet.

Almost 80 to 95 percent of obese people who experience short-term good results after controlling diet end up being obese again when few months pass. One reason for that may be our body’s tendency to prompt us to consume foods rich in calories when we suddenly decrease our caloric intake.

The problem is, in case of obese people, the mentioned biological tendency actually encourages fat storage in order to protect a person’s maximum sustained weight. As a result, overriding this kind of defense does not seem to be possible for the majority of patients, if only lifestyle alterations are embraced. 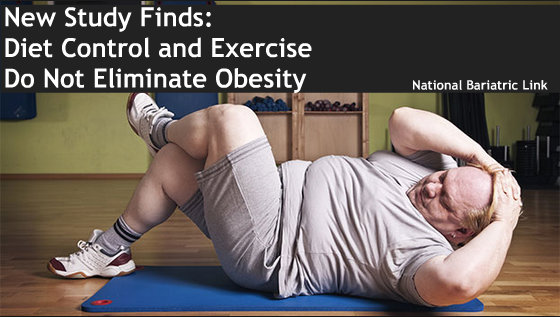 Dr. Christopher Ochner, the lead author, expresses that obesity can often turn into something that is biologically defended, and hence, advising an obese person to eat less is somewhat like suggesting a bleeding person to avoid sharp risky objects. Note that Dr. Christopher is Pediatrics and Psychiatry Assistant Professor who works in the Icahn School of Medicine, New York.

The professor further states that most obese people are truly and significantly different biologically from their counterparts who have normal weight. In many cases, he argues, their biological changes may last indefinitely, which makes it nearly impossible for them to sustain long-term weight loss.

According to the authors, in order to sustain weight loss permanently, interfering with biological factors is necessary. The present biological interventions are not very capable, since those are limited to ways like surgeries, drugs, nerve blockage etc. that do not exactly provide permanent correction.

To date, only Roux-en-Y gastric bypass could show reversal of obesity-induced alternations upon hormones associated with appetite, and on how our brain responds to food. The authors argue that this may be one reason why the method of bariatric surgery seems to be the only viable treatment for eliminating obesity completely.

Dr. Christopher concludes that a huge number of clinicians do not really understand the reasons why obese people find it difficult to lose weight. According to him, obesity needs to be recognized for what it is – a chronic, and sometimes treatment-resistant, condition. He notes that without biological interventions, obesity may not be possible to eliminate by lifestyle modifications alone; and relying only on modifying behavior will only result in yearly deaths of millions of sufferers.

What do you think?  Share your opinion on this study.

Bariatric Surgery: Is It The Only Way of Curing Obesity Permanently?