A recent study that appeared in the Obesity journal pointed out that food addiction can be significantly lowered with the help of bariatric surgery. The results of the research showed that the surgery, which is primarily used to reduce weight, probably has the ability to decrease a large number of eating disorders associated with extreme obesity, as well.

Note that even though bariatric surgery has been widely accepted as one of the highly effective weight loss therapies for treating obesity, it is yet undetermined to what extent the surgery can influence food addiction.

So, a study undertaken by some researchers of the Atkins Center of Excellence and the Center of Human Nutrition of St. Louis’ Washington University School of Medicine attempted to tackle exactly that. They wanted to see if weight-loss-induced gastric banding, gastric bypass, or gastrectomy played role in food addiction remission. Another aim of the study was to understand eating behavior normalization patterns. 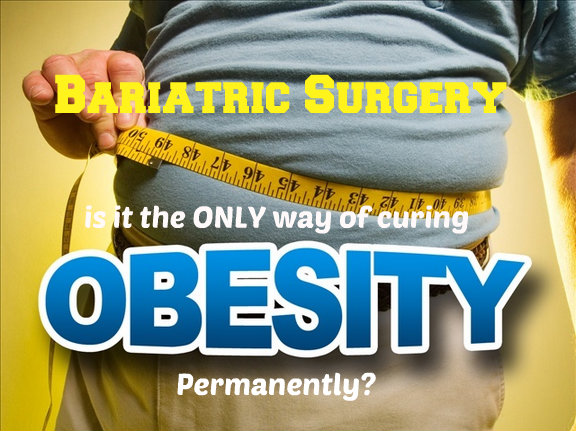 For conducting the study, 44 patients were picked, each suffering from obesity. Among them, 39 were women. The patients exhibited mean BMI of 48 ± 8. The researchers examined the patients before the surgery and after it. Among the subjects, 25 experienced gastric bypass, 8 exhibited sleeve gastrectomy, and 11 showed gastric banding.

Besides that, 14 or 32 percent of the 44 subjects showed food addiction before the surgery took place. Factors like race, age, education level, or income level did not affect that.

Reports showed that food addiction decreased surprisingly in 13 of the total 14 subjects, or in nearly 93 percent of cases, after the surgery was done. Once the surgery being over, new cases ceased to crop up. Food addiction prevalence reached 2 percent from 32 percent (p< 0.00001). In addition to that, all subjects started to experience lesser extent of median symptoms (p< 0.0001).

Both the groups showed reduction in food craving after the surgery, but the effect was more pronounce among the patients who had serious food addiction. When the surgery was over, even patients who craved food very frequently stopped craving food much. Another thing noticed was that the craving for starch did not decline a lot among the noted food addicted subjects (p=0.009) after the surgery, even though that did not apply in case of other foods.

The authors of the study concluded that, based on the data, it was evident that obesity does not really result in food addiction. However, food addiction certainly seems to be one of the contributing risk factors. They also concluded that food addiction may very well be modifiable. Other than that, the authors agreed that in order to understand what mechanisms were responsible for reducing food addiction, and to rightly determine if food addiction presence influences the efficacy of weight loss when it comes to bariatric surgery, further studies are required.

Diet Control and Exercise Do Not Eliminate Obesity: Experts Find After Study