A review of the literature says that there is no need to delay pregnancy past 12 months after bariatric surgery.  It says that post-surgery pregnancy is safe and that there is no significant differences found in the risk of gestational diabetes, admission to the neonatal intensive care unit or perinatal death.

Details of the First of Three Published Research Papers 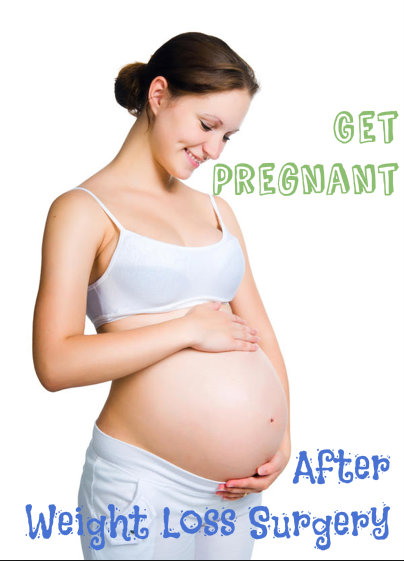 The American Journal of Obstetrics & Gynecology published research done by the Department of Obstetrics and Gynecology at Hvidovre University Hospital, Denmark.  This research concluded that the weight of newborn babies from mothers who’ve had bariatric surgery does not show any significant difference compared to newborn babies from mothers who’ve not had the surgery.  This research also showed no significant difference statistically between mothers and newborns regarding the risk of gestational diabetes mellitus, preeclampsia during pregnancy, the need to have labor induced, the need for a caesarean section, hemorrhaging post-partum, need for the newborn to be admitted to the neonatal intensive care unit or perinatal death.

Slight but No Significant Differences

Dr. Mette M Kjaer, the lead author of the study told Reuters Health that although they expected to find “a positive impact on maternal complications, especially the risk of gestational diabetes mellitus, after matching for BMI we did not find any difference between the groups.”  What they did find were very slight differences in the subjects who had bariatric surgery.  Their babies had a shorter mean gestational age, 274 vs. 278 days (p<0.001), a lower mean weight at birth, 3,312g vs. 3,585g (p<0.001) and a lower risk of being large for gestational age and a higher risk of being small for gestational age as compared to babies born to mothers in the non- surgery group.  These differences too, were not clinically significant.

The study examined 339 women who had their babies after bariatric surgery with 84.4% of these having undergone gastric bypass.  They were matched with 1,277 mothers of similar age, BMI and delivery date, who had not had bariatric surgery.  The BMI in the surgery group was slightly higher than the non-surgery group (32.4 vs. 32.2).  Even though the study found that most women and their babies do well after surgery, they should still monitor fetal growth and nutrition as there may be a need for vitamin supplementation.  Kjaer added that “Paradoxically, babies who are both small-or-large-for-gestational-age are at increased risk of later obesity and metabolic syndrome”.

The same researchers published a second paper in the Obesity Surgery Journal in which they essentially agreed with a study done previously that concluded that women should delay pregnancy for at least a year after bariatric surgery.  They also concluded that there was no evidence showing that waiting any longer would make any difference.

They studied a total of 286 women who became pregnant after gastric bypass surgery.  Of these 158 conceived within the first year and 128 conceived later.  And the study showed there was no statistically significant difference between the two groups of mothers for any of the risk factors mentioned earlier in this article.  It must be noted that the best time for pregnancy after having gastric bypass surgery has not been determined yet.

There was a third paper, a review of 17 papers,  published in the Acta Obstetricia et Gynecologica Scandinavica journal which recommended larger studies, that matched or adjusted for BMI, be done to confirm the accuracy of the prior conclusion of pregnancy after bariatric surgery being safe.

The problem with these 17 studies was that study design was not homogeneous enough and that six of the studies had less than 50 subjects with bariatric surgery.  There were many slight differences between the groups studied, but on closer examination the differences were invalid as the study design was flawed.  They did find a single study indicating a higher risk of birth defects after surgery, but not significantly higher.

The Cost to Ride the Subway? 30 Squats

After Bariatric Surgery: Your After-Care Plan